My journalist colleague Martin Mitchell was among the lucky diners that evening. He could not believe his taste buds!

Rooted in Celtic inspiration, the enchanting dinner performed an incredible alchemy between the dishes, the whiskies and Breton mythology. Let us follow Martin….

Few chefs could bear the prospect of losing a single Michelin star. Few chefs, though, are like Olivier Roellinger who, during what was a truly stellar Michelin recognised career – “feeding the well off’ as he has put it – gained his first star in 1984, the second in 1988 and the final accolade in 2006.

Two years later he had relinquished all three, handed over the kitchen to his head chef – under his tutelage – renamed the restaurant and returned to the Breton roots of his cuisine, which he proudly describes as Celtic. This is like Helen Mirren returning to repertory theatre for a board-treading spiritual re-connection.

It is no surprise therefore that following a family holiday on Islay, a place which so naturally represents the spirit of whisky, he was inspired to create a Celtic menu which would be entirely supported by a variety of Celtic whisky – “Celtic” the leitmotif of his project. The stage was set. “Three starred Michelin chef creates menu ‘sans vin’ ”.

Whisky, the latest addition to Olivier’s abundant repertoire, would draw close to ninety inquisitive diners to the Roellinger restaurant in Saint-Méloir-des-Ondes near Cancale, Brittany, over two nights in December 2014 for what can almost certainly be described as a unique journey into flavours and aromas and their relationship with whisky. 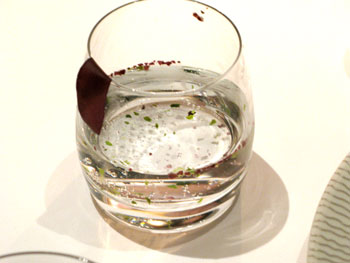 The pure creative distillation and maturation of ideas achieved between chef, sommelier Gaylord Goulette and their whisky adviser, Martine Nouet, was simply, seductive. The apéritif was “Eau de Vie”. Water – the essence of life. But served in a glass sprayed with Kornog, a single malt from Brittany. Gratings of spices and a leaf of seaweed decorated the glass and lifted the flavour. But it was the whisky, in a supporting role, that caressed the taste buds and gave the “eau” life. Olivier’s hometown of Cancale and nearby St Malo, had been, in the 17th Century, a major importation centre for spices from the East and West Indies. Spices from across the globe are a vital part of his cuisine and Olivier literally searches the world for his condiments.

Breton whisky, Glann ar Mor had opened the menu with scallops ceviche and the gelée Kornog which accompanied the Côtes d’Armor blue cheese dish is unforgettable.

Highland Park 18 Year Old made friends with a sumptuous selection of desserts consisting of some of Olivier’ signature spice flavours which included a particularly mouth-watering dessert of “chocolat mousseux” with a pistachio and cardamom ice cream.

The French guests at my table had briefly suspended a national visceral connection with wine or even cognac. The entire menu had worked effortlessly and symphonically with whisky playing its subliminal Celtic part. The magician, the benign sorcerer, Olivier Roellinger, had orchestrated a remarkable event.

His Michelin stars now are just a point of navigation guiding him through a variety of new challenges which recently included, in collaboration with UNESCO, an address to 500 young international chefs on the global importance of cuisine, sustainability, animal welfare and ethical business values. The world of whisky should be very pleased that his compass had been set for Islay back in 2013. The world of whisky and food should feel shaken and slightly stirred.  When great whisky arrives in a Roellinger style kitchen the food that will arrive at the dining table can be truly enchanting. 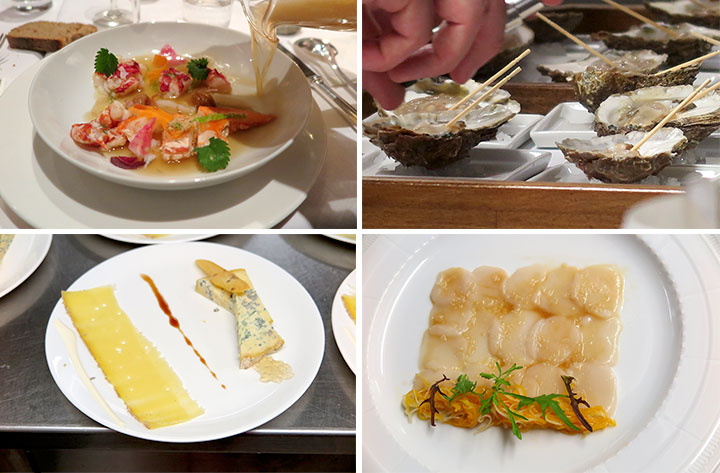