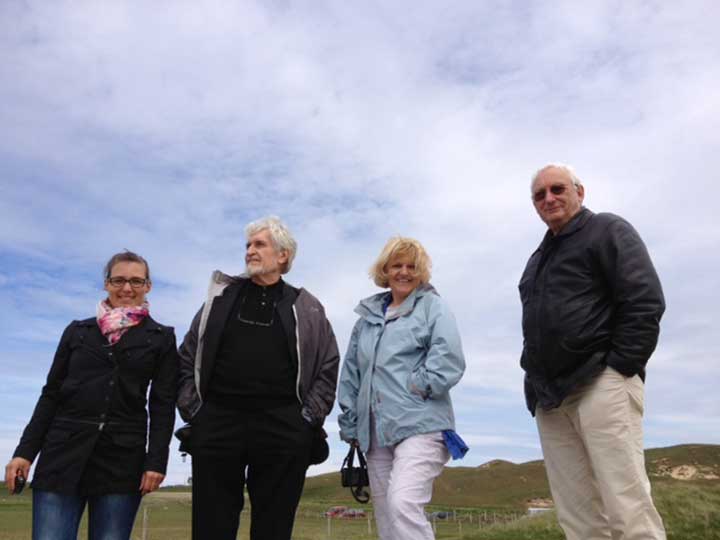 Jean Lenoir has abandoned – for a short while only- the grape for the grain. With his team, aromatician Karine Lasalle and professor of chemistry Hubert Richard, he has studied the descriptors of whisky to produce a wonderful sensory kit: 54 bottles encapsulating the main aromas of single malts. Fascinating!

Jean Lenoir, who created “Le Nez du Vin” some thirty years ago, has just published Le Nez du Whisky. Following the former in style and presentation, Le Nez du Whisky comprises 54 aromas and a book (available in French or in English) which gives a comprehensive information on whisky and a precise description of the aromas. 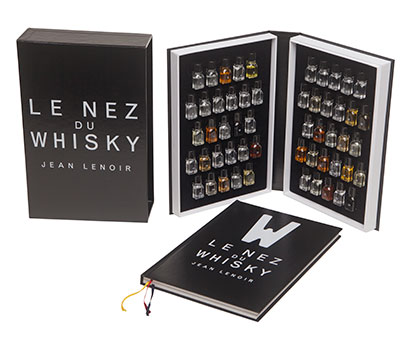 When he designed Le Nez du Vin, Jean Lenoir wanted to provide wine lovers and also professionals with a useful tool to train their nose and help recognizing and memorizing the specific aromatic profile of each wine. Figures speak volumes for the success of the kit: 150 000 kits sold (available in 11 languages).

I know master-blenders in Scotland who regularly use Le Nez du Vin in their laboratory. They should be carried away with the newly born Nez du Whisky. 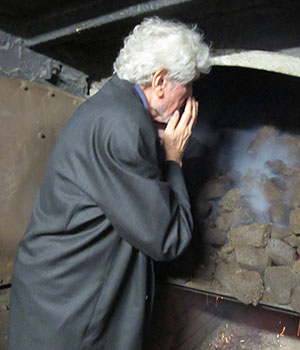 I met Jean nearly 20 years ago. I was impressed and charmed by his passion, his calm and his determination. I mentioned in a conversation the potential interest for a similar kit dedicated to whisky. He was not ready then. I was surprised and delighted when he got in touch with me last year, asking me if I could be their guide for a discovery trip in Scotland. We inevitably chose Islay for their first malty encounter. They had to touch and nose peat, seaweeds and malt. When John Campbell took him above the kiln where the malt was drying in Laphroaig, I thought Jean would never leave. He loved it and he did smell of smoke for a few hours! 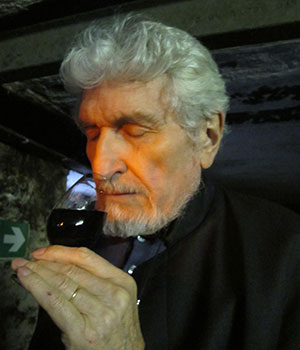 A visit at the Scotch Whisky Research Institute in Edinburgh and talks with my colleague Charles MacLean later, the team came up with a list of 54 aromas which are presented in the case. Each of the 54 aromas has been created by the aromatician who has used as much as possible natural essences or, when it was not possible, has reproduced identical molecules. There are few aromas common to Le Nez du whisky and Le Nez du Vin. And when they are, they generally have been modified, for example lemon is closer to the zest than the pulp for Le Nez du Whisky. The team had to struggle with descriptors specific to the world of whisky such as peat, medicinal, marine. The “biscuit” aroma brought about a long debate. The term as described by whisky tasters refers more to digestive biscuit (with cereal notes) than to the buttery “sablé breton”. The team made a list of British goods to taste which they brought back in their case. Nothing was to be left to chance. This is what happens when a Bourguignon  puts his nose into whisky!
More on http://www.lenez.com/
Le Nez du Whisky sells online or at special retailers (list on the site) for £300 or 300 Euros 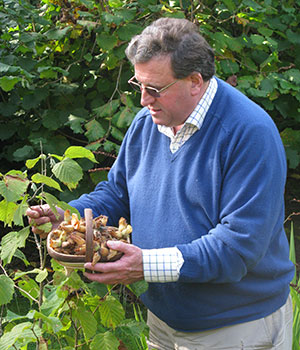 The right season for nuts

When autumn arrives, I have the “squirrel reflex”. I crave for nuts. Especially fresh hazelnuts. I remember when I was a child, I used to gather big bowls of them with my cousins and sitting on top of a hedge (to be out of sight from the adults), we would break them with a small stone and eat huge quantities until we felt sick! Fresh hazelnuts are delicious thrown into a cup of coffee.
Last week, I had the opportunity to meet the man who has revived cobnuts orchards in Kent. Cobnuts are a type of hazelnut which was traditionally grown in Kent. Alexander Hunt, the owner of Potash Farm in the pretty village of St Mary’s Platt, can talk of his passion for hours. He sells de-husked cobnuts on the markets but also online. He also grows walnuts and chestnuts and sells almonds. Award winning chefs are regular customers all over Britain.
He was interested in the way I would pair whisky nuts when I explained they were a natural bridge in food and whisky pairing, especially when they are roasted.
So he gave me an assortment for my experiments. Hence a few recipes came out. You will find two in the cooking section.
I also wrote a piece for Whisky Magazine which will feature in next issue (N°116).
Among the derived products Alexander sells, I strongly recommend the cobnut fudge and the roasted cobnuts coated with chocolate (milk and dark). Perfect with an after dinner dram (keep the dark chocolate for sherried whiskies and prefer the milk one for bourbon matured malts).
Autumn is the time to go nuts (and chestnuts!!!). http://www.kentishcobnuts.com/