Oysters on the Sapphire coast, pelicans on a boat, cheese in the mountains, the blue crabs of Sydney fish market, a fabulous whisky dinner at the Four Seasons Sydney, and an amazing trip to Tasmania with two highlights: Nant distillery and Hellyers Road distillery.

Here are a few snapshots while waiting for a full report.

Three pelicans in a boat

Bermagui on the South Coast is famous for its fishing boats. Each summer chartered boats take game fishermen on fantastic trips. In the evening, back to the harbour, the boats become a restaurant for the pelicans with the leftovers from the gutted fish. These three pelicans seem to have their own boat.

Erica Dibden is an amazing woman. I don’t know how she manages to bring up three children and manage a wonderful cheese factory. Her husband is in charge of the dairy farm and delivers their Jersey herd’s milk to the factory everyday. She makes a wide range of delicious cheeses. At Canberra Whisky Live the 3 year vintage cheddar which I paired with Glenrothes 1995 was a hit. And so were the blue cheeses with Bruichladdich Peat. 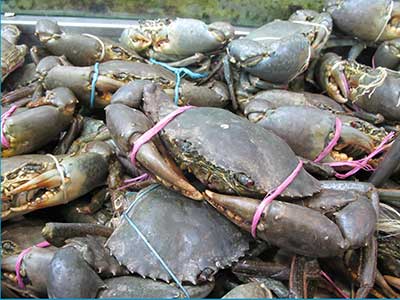 An early morning visit to Sydney fish market is a pure delight. You have a world of sea creatures on display! I especially liked those blue crabs but did not taste them unfortunately. Sydney Fish Market shelters Sydney Seafood School (run by Roberta Muir) which attracts the best chefs who  give classes to the general public. A dream! 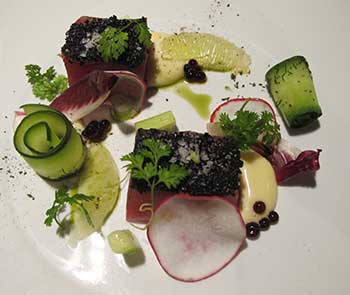 The whisky dinner held at The Four seasons in Sydney was one of the most impressive duets I have ever played with a chef. Jess Ong the restaurant executive chef produced an outstanding menu. I will come back to it in detail later. Here is a Japanese inspired dish: big chunks of yellow fin tuna covered by a seaweed and vegetable crust and served with a wasabi mayonnaise, micro herbs and lime. It was matched with Talisker Storm. An absolute cracker.

Before visiting Hellyers Road distillery in Tasmania (more on it later), I met Stewart Ferguson, the sales manager and passionate ambassador at Whisky Live Sydney. The distillers are very proud to be now distributed in France via La Maison du Whisky.

A food marathon at Nant distillery 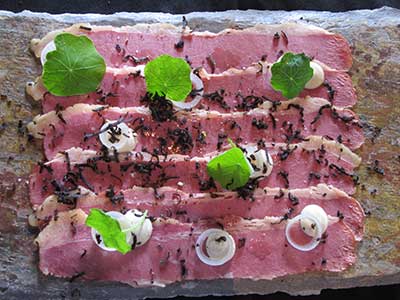 I have never tasted as many dishes in a day! When I visited Nant Distillery in Tasmania, I not only tasted plenty of single cask samples but I was also invited to work on food and whisky pairings. Tristan, the newly-arrived chef, had foraged the best of Tasmania fare.

One of the starters: smoked wagyu brisket with a truffle oil emulsion and nasturtium leaves. Wagyu beef is the Australian equivalent of the Japanese Kobe beef. That tasty beef found the best match with a Nant port finish.